Work is prioritized at any office, but sometimes we need to let off a little steam. 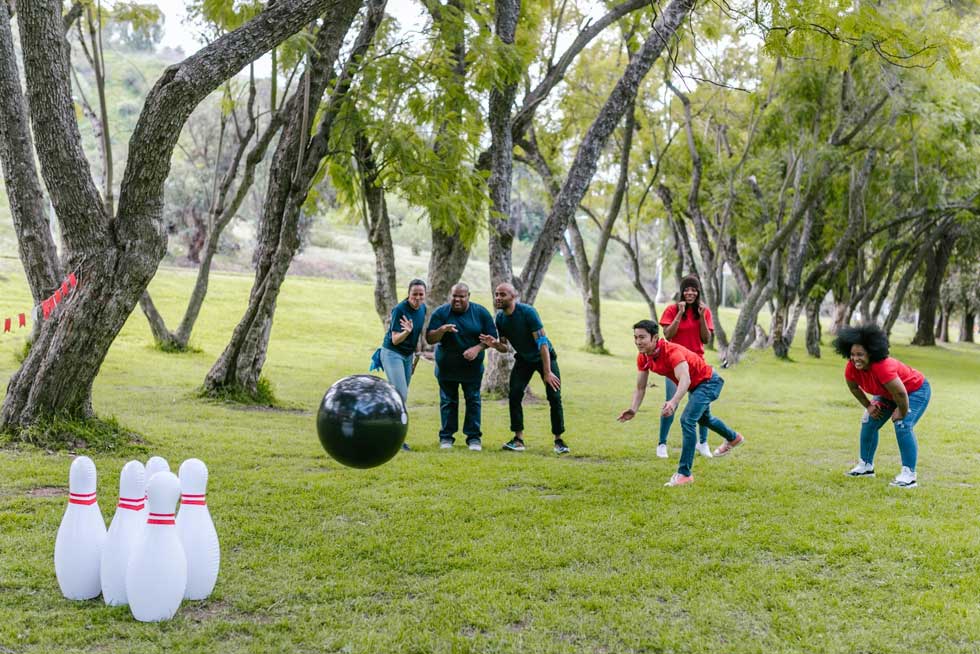 If you’re looking for a fun team-building activity, or want to reward your team members for a job well done, why not try an office Olympics?

Battle with your wits and skills and be the best of the best. Not only does it promote fun and unity in the office, it also encourages teamwork and company pride throughout the organization. It gets everyone in a good mood and allows for a much-needed break from all that hard work.

How do I host an office Olympics?

It’s easy to decide to host an office Olympics, but coming up with ideas for the different challenges is different. Don’t worry, we’ve put together this guide to help you host the perfect office Olympics for your team!

First things first, you’ll want to plan ahead so that your event stays on schedule. Here are some guidelines to help you:

Setting up. Take a little time to get things set up before the games actually begin. This will result in an orderly game that goes smoothly, so your team members won’t get bored in between events. It’ll also make it more fun if you take the time to put in some unique little details!

Create a schedule of events. Like working, it’s best to create a timetable on how the events will go along. Remember to leave enough time for introduction and explanation of each game before the start of the competition. You can hang up a sign with the schedule in the office so employees can see what to expect.

Split everyone up into teams. To avoid certain employees feeling left out, either run only individual competitions (with no team events), or split everyone up into teams before the games begin. You can group teams by department or mix and match so people get to know one another better. Designate a team leader for each team. Then, assign team names, let teams decide on names on their own, or designate each team a country to represent.

Keep score. Create a sign or use a marker board to make a list of teams and keep track who wins gold, silver, and bronze for each event. You can assign points per place and keep updating the scoreboard all throughout the event.

Collect prizes. Plan ahead and come up with the prizes for the winners. Gold, silver, and bronze winners should have gifts. Of course, you can also offer small gifts to those that didn’t win.

Get into the Olympic spirit! It’ll be memorable for your team members if you take the time to add unique details. You can give toy medals after each event or create a platform where the winners stand, just like in the Olympics. You can even do a torch ceremony before the games begin! There’s no limit to your creativity on this one!

Want us to host your games? Check out our Office Olympics!

What Games do you play in the Office Olympics?

Take a little time in setting up your games. This will result in an orderly game that will run smoothly, leaving your team members excited and having fun. Once you’ve set everything up, you can now choose which games to play from our list below:

If you have a large office area, you can set up a field with two goals on each side. Have two teams compete against each other in a soccer game while sitting in their office chairs! Use a lightweight ball to avoid any injuries and broken office equipment. You also need a referee to keep the games clean.

This can be done at any type of office space. Just place a trash bin apart from a marked line and have players take turns standing behind the line and throwing a sharpened pencil toward the bin. Points will be awarded each time they get it inside.

Test their accuracy with this game! Mark a piece of paper for a target and have players stand about 8-10 feet away from the target. They have to hit the target with rubber bands for 30 seconds. The player that hits the target closest wins!

This is like charades, but the Olympic version! Create a set of cards that has various Olympic events. Each team will designate who will act out the cards within one minute. The team with the most guesses wins. Remember, no words or clues are allowed - only pure acting!

This is a fast-paced game that will surely raise everyone’s energy. Make two teams with 3 colored towels or T-shirts for each player. Have one person from each team go out and place a piece in a 3x3 grid prepared on the floor, then run back to their team for the next person to place another. This will encourage team strategizing while keeping things fun!

Teammates are paired and hitched at the legs with packing tape. They must race to the finish lines with other teams with three legs between them. This is like a sack race, and they must attempt to move in sync to win.

Right now, everyone’s going virtual and with what’s happening all around us, it’s a breath of fresh air when games are held like this as a form of escapism and just have fun. So, we also listed virtual olympic games that you can have for your remote employees! Whether you’re doing DIY Office Olympics or Zoom Office Olympics, here are several options below:

This a battle of the fast typers. You can do this online if you’d like and will fit perfectly if you have remote employees. They can head on to typingtest.com and choose the length of the test and begin the game. The best option for this is the one to three minute test options! The one with the highest wpm wins or with the fewest errors, your call!

Done via Zoom, you can read off questions and award points to the first player who answers correctly. You can build a quiz by yourself or get help from a host to make it easier for you! You can check our Trivia Game for more info.

They’re probably one of the best free virtual office Olympic ideas, as it encourages light exercise, since team members must run to grab requested items, plus, it does not need to have skilled players. For this game, you can name off objects one-by-one and the player who brings the most items (or shows on Zoom) wins.

We mentioned that you can create an opening ceremony before the games to make it unique. With this one, you can have your employees dress up and show their costumes via Zoom for the opening ceremony. You can have a set of judges and the person with the most votes wins!

Aside from the normal Office Olympic games, you can also do a winter version, just like the official winter games (without the ice) such as:

Race to the finish line while ice skating (without the ice!) - instead of ice skates, players will use boxes instead and will race to the end of the race. Set up a track lane using tapes to avoid any of them from bumping each other!

Employees will be teams of two and will use a makeshift snowboard with boxes or large clothes. The team that races to the finish line first will get the gold medal.

Instead of stones, you can use office chairs for this one - create four concentric circles as their mark and each player takes turns pushing the chairs into the circle. The nearer they are to the center, the more points they get and the player with the most points wins!

Figure skating is an Olympic fan-favorite sport. While most of us couldn’t pull off what the amazing figure skaters do, we can still have an event like this. Players can create costumes and routines without the ice and show them off via Zoom. Your panel of judges will award points for each player based on their costume, form, and style.

After the games have concluded, it’s a great idea to have an awards ceremony to recognize the victors and their wins. As mentioned above, it’s great to have something to give to every participant, win or lose. Well, of course, you’ll have separate awards to the gold, silver, and bronze medalists. After the awarding ceremony,

You can enjoy some light snacks and drinks during your award ceremony to make it a special social event where employees can relax. After all, those many events will surely work up an appetite. Now, don’t forget to take photos (or screenshots if you’re taking it virtually) to commemorate the occasion. And hopefully, everyone in the team will enjoy that they’re eager to have the next one.

What you should do now

Whenever you're ready...here are a few ways we can help you:

1. Book a team social event. If you'd like to work with us to have more engaging team events, book an event.

Don't know what activity to pick? Use the Team Building Idea Generator for options.

2. If you'd like to learn remote work strategies for free, head to our blog where you'll find several guides and posts.
‍
3. If you'd like to create a offering for companies for a skill that you have, then contact us and let us know. 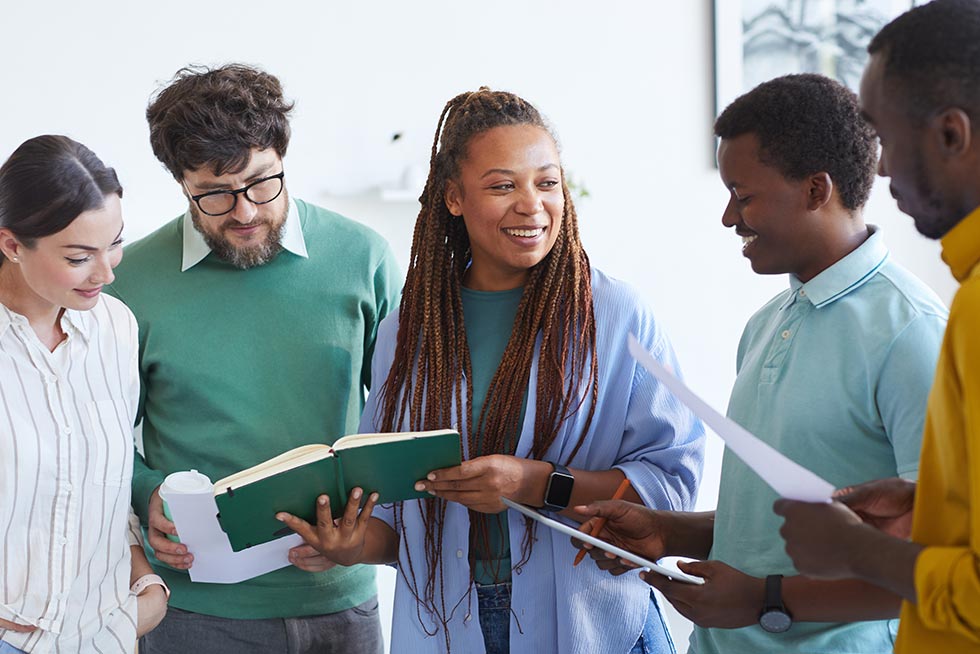 Easily Deal with Favoritism at Work

Are you working with a team of people and feeling left out? Do you wish that your hard work doesn't go unnoticed? There could be simple explanations to why things are the way they are. We'll explore those in detail. 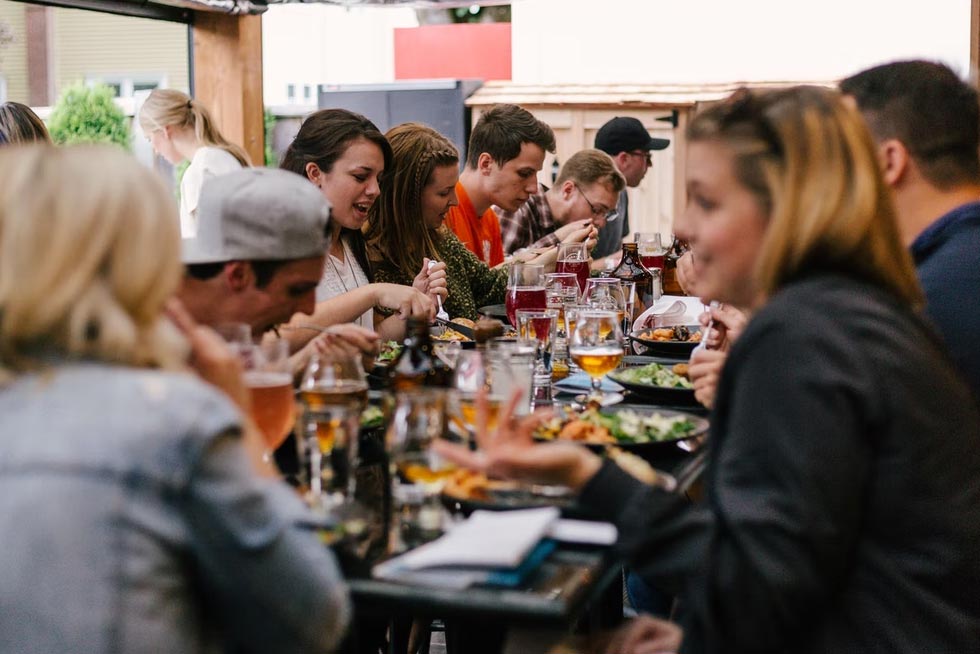 As a boss, you probably enjoy organizing team dinner as much as the team enjoys attending. This is how you make the whole thing fun. 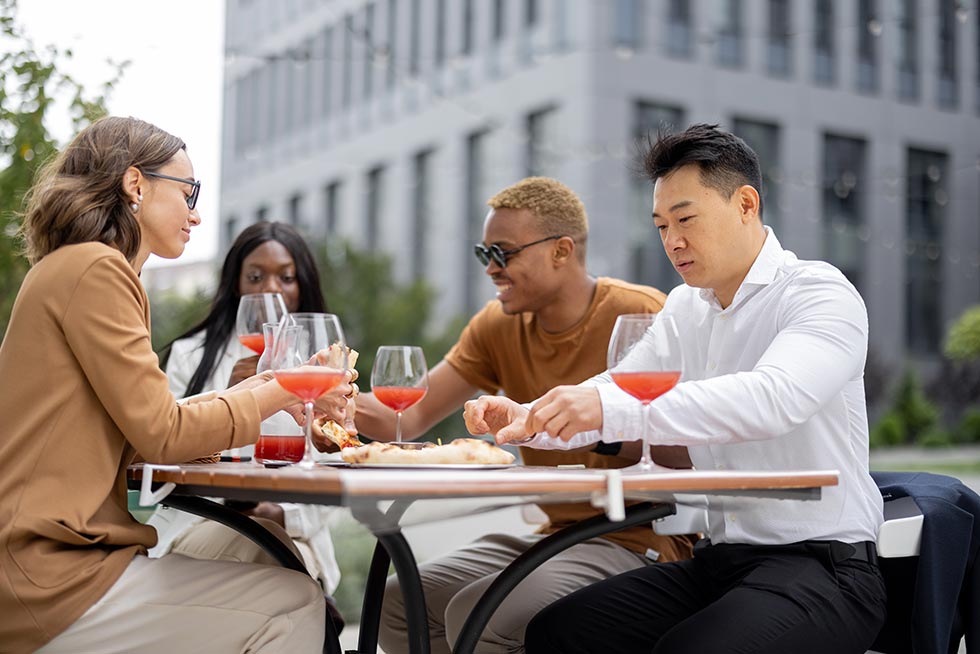 Lunches are the best way to keep team morale high, but how do you ensure they are just as fun as other business lunches? We cover it here.